skip to main | skip to sidebar

Inside the tinn walls

I've had some interesting last days in Thanapara. This country never stops surprising me. Me and a friend where hanging out one evening when we heard music from the nearby village. He told me the music came from a Jatra, a traditional play and music show that goes on the whole night. He had never been to one and me neather, so we found two bikes and went there. We got the cheep seats but since the organiser were worried about my security we got VIP seats for free. The show was part of a big fair with puppit shows in the day time, gambling in the evening time and then this Jatra in the night. From the outside I thougt the place looked like a portable strip club made of tinn and fabric. Maybe because of the red light that was coming out from the thin entrance door. We entered and where followed to our seats, and after one minute I realliced that this was actually some kind of strip club substitute, hidden by a historical name. It was pretty wild and I had a hard time not falling off my chair out of laughter. We soon went though, because my presence on one side of the stage made the girls dance for the men on the other side. A bit unfair and I didn't want to ruin the party so we went to have some tea instead. When drinking tea one man informed me of the puppits show in the day time. I think he thought that that kind of entertainment was more suitable for a lady. There were no other women in the place , exept the dancers, and I don't think that the women in the villages where the Jatras are performing knows what their men are actually doing. But Maybe I'm wrong. Bangladesh never stops surprising. The really sad thing though is that so many men wants to come to the Jatra and watch the half naked women there, but they would never want their wifes to work there or their wifes to dress in anything else than really covering clothes in public. These girls, I can immagine, have a hard time getting married later, if they ever will. Because they are not really good girls any more. But at least the men are human. And this tradition, from before Islam came here , is still living strong. 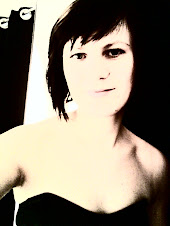